Shedding light on what has been probably the most enigmatic and underestimated European nation ever, this book offers the whole truth about Bulgaria and the Balkans.

Conceived originally as a tool for familiarizing Western intellectuals with the rich history and culture of Bulgaria and its people, the book presents as well – albeit briefly – the other Balkan nationalities and their interrelations. The case is made for the injustice wrought upon the country by the Great Powers, such that within the last 130 years or so since its liberation from the Ottoman yoke it has been splintered into multiple pieces, each donated to a different neighbor. Specifically, the call is justified for unification between Bulgaria and its southwestern part that is known under the name of Republic of Macedonia, or FYROM.
Of particular interest to the socio-politically active Intelligentsia is the second part of the book dealing extensively with the plight of the country in modern times. In order to introduce the background of all current difficulties, first a comparative analysis is offered – unique, we believe – of the positive and negative effects on all essential components of everyday life, under Communism vs. under Democracy. Then, after a comprehensive review of the “Transition to Democracy,” the reasons for failing to establish a truly just and fair society where law and order should prevail are discussed. The case is presented as though such a situation is not necessarily unique for Bulgaria but in fact is characteristic for all former Soviet Bloc countries, to a various extent of the unfairness and injustice, and with the colorful nuances typical for each individual nation.
Given the country is an EU member, a good deal of attention is dedicated to the potential contribution of that status to improvement of the current total mess, characterizing Bulgaria in terms of its economy, political process, judicial practices, etc., all plagued by corruption and inefficiency, and judged destined for doom less radical changes are effectuated as immediately as possible. Ditto about the Bulgarian national psyche, utterly depressed at best, for the last 20 years, after the brief spate of jubilation, in the wake of the “velvet revolution.” The conclusion drawn here is not in favor of continuing that EU membership, surprising and unpleasant as this might sound to many a reader.
Once having identified the faulty design, the roadmap for correcting the situation is proposed next. Both the economic and political aspects are reviewed, separately and in their strong interdependence and perpetual interaction. The proposed new model is unique and worthy of the name “revolutionary.” While the aspect of economics may be more suitable for, and certainly easier applicable to, the small former Soviet satellite states, the part of politics is viewed as a prerequisite for a step towards true democracy in any nation. Hence this writing offers a Project, to the Bulgarians, but as well an idea for a System, to the democratic-minded intellectuals of this world, and specifically to the Intelligentsia within the EU, currently devoid of an ideology appealing to the masses.

This is the first publication revealing the rich prehistoric past of the region around the city of Bourgas. ...
Любими
16,00 лв. 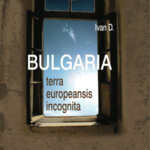 Bulgaria, terra europeansis incognita - България, непознатата европейска земя
Shedding light on what has been probably the most enigmatic and underestimated European nation ever, this book offers the whole truth about Bulgaria and the Balkans.